WRATH - is a final project for university. It is a mix between Katana Zero, Hotline Miami, and Kill bill. Your goal is simple: get revenge. I recommend you play in full screen.

Controls: use your mouse to aim, click and you dash there. You move and kill others at the same time. R is for restarting when you die.

I'd love to know of your feedback in the comments below!

This game was lit! All you need is sound fx, Music and a difficulty setting. solid 9/10

Thanks bro, I'll do my best to refurbish this!

Really cool concept, and I genuinely enjoyed the super high speed of the gameplay!

I really applaud you for using an emergent narrative: Someone is dead, and we are angry - we don't need to know who or why. The player can fill in all that information themselves and therefor get really emotionally invested - Great move and really well done!

Really cool concept. I bet it would to brilliantly on moblie! : )

Hi Arthur I played 9.0, I played for a while and managed to get to the boss a few times, I was able to try out a few strategies for defeating the enemies in an order I felt was best for me, the map is designed very nicely! but I found it too challenging in the end and didn't have the skill to defeat the boss. The mechanic is great! It feels fast paced, and attacking enemies feels good. One thing that I would suggest is I was mostly challenged whenever I was faced with more than 2 ranged enemies, this was where I struggled with the game the most, also if a ranged enemy was either side of me. Other than that I enjoyed playing and really look forward to seeing more!

Just finished playing WrathBuild9.0 and it was really fun! Reminds me of a 2D top down Dark Souls, especially with the one shot kill on the player.

With the final boss I wasn't too sure if I hit him or not so maybe have some indicator like a shield that breaks. In addition to that I wasn't aware that I was saving my wive in the top of the tutorial and the text above her worked as an invisible wall so maybe remove the wall?

Great cherry blossom effect in the main game, I feel like there could even be more particles as it's such a nice effect. Look forward to the final build!

I'll change his particle effect to bright red so ppl might see him. The reason for the wall is just to ensure you don't step over your wife, but I'll fix that C:

The pink is a lovely theme through out so I'd say have a brighter pink so it's more iconic as I feel that if it was red it would break the colour scheme, but look forward to seeing the next build!

Definitely note that down...

Great implemetation of a simple mechanic, this is a game I could sit down and just get lost in the flow for long time. More levels needed plz. Using the main menu to teach the mechanic is genius. Great feedback, its a very "juice" filled game. My only issue is that the slash line is a little hard to see at times. Really looking forward to where you take this concept.

I'll change the color of the line from grey to pink, so ppl can see it. Thanks for playing, and yeah I plan on adding more levels today. 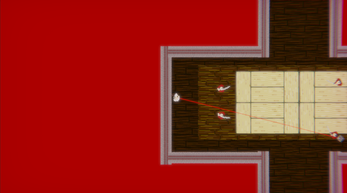 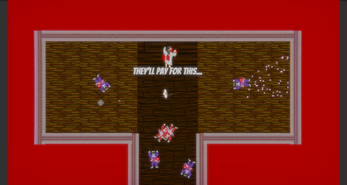 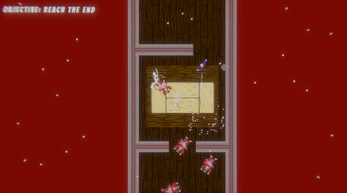 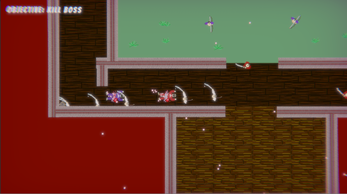 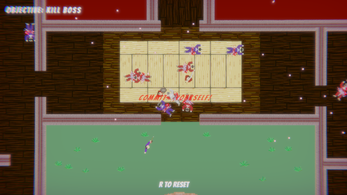 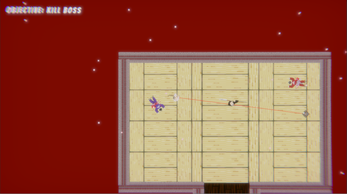 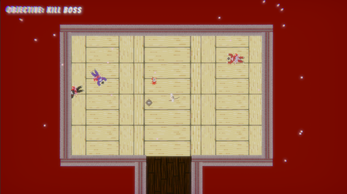